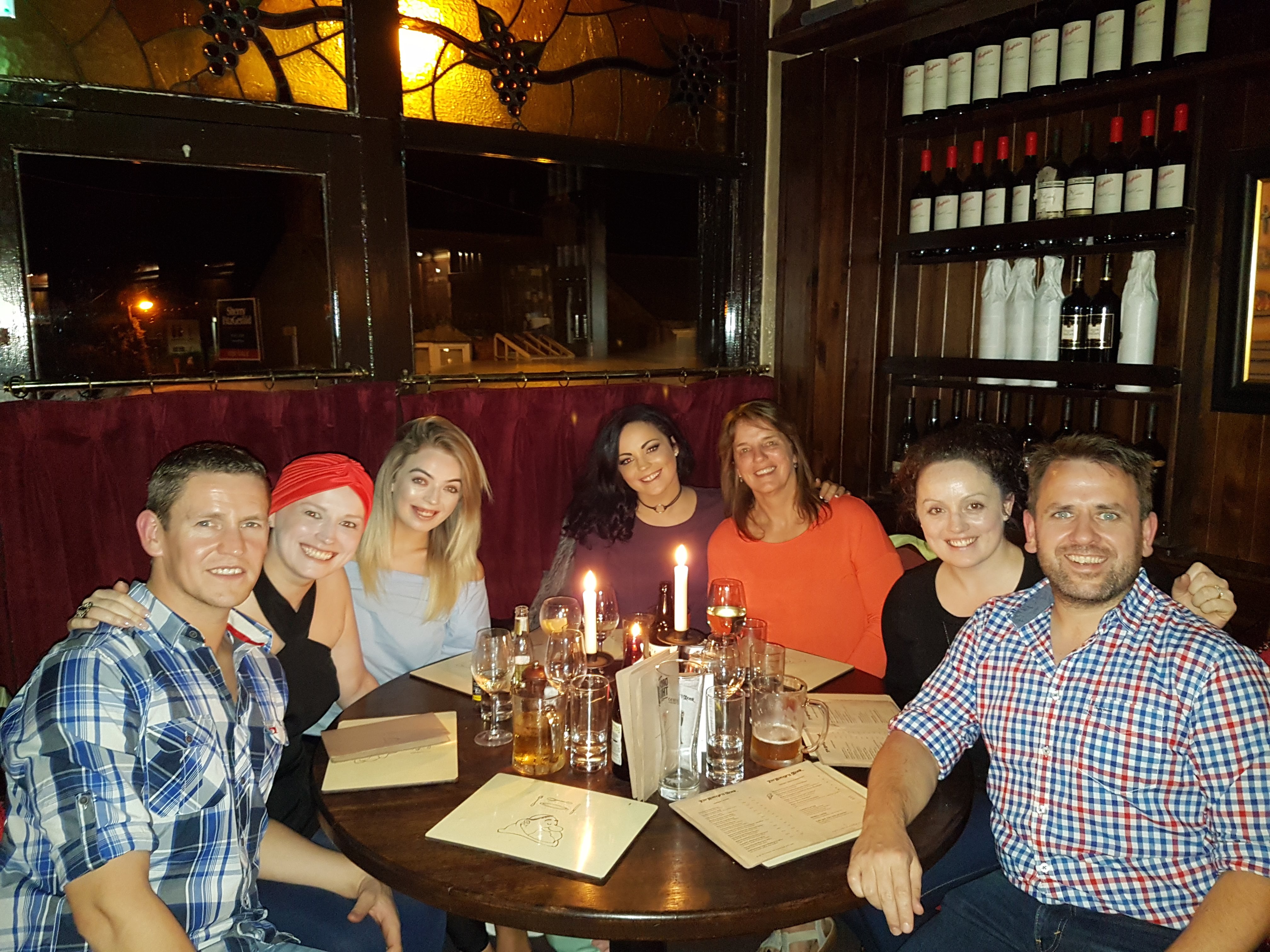 So I had made the decision – I needed to go and speak to someone. Someone who was familiar with my situation and could help me navigate my way through the fog of thoughts I was having and the crippling feeling of failure. I felt like I was failing at being better – failing at recovery. I had been so much better and stronger during treatment – where was that strength now?? I spoke to the Greystones Cancer Support and they informed me that this is part of the service they provide. I was so grateful to them. I needed help, and I wasn’t managing that on my own – I was drowning. I was getting so overwhelmed with every little thing I was doing and because I was putting on this façade and pushing myself beyond my limits, I was an emotional wreck. I did not want to be a burden on my friends and family anymore. We had spent the whole of 2017 talking about cancer and everything we were doing revolved around cancer, I was afraid that they were getting sick of hearing about it. That it was old news and I just needed to ‘get over it’. This of course was not how they felt at all and the counselling helped me to address and focus on the triggers for these kind of thoughts. She also helped me massively by validating the feelings and thoughts I had and showing me that they were normal and I was not alone in them! This was huge for me. To know that I wasn’t doing it wrong! That I was allowed to feel the way I was feeling and not to be judged by anyone for it. My biggest fear was that people were judging me for “still talking about cancer, still referring back to when I was sick” but they didn’t! Well nobody important anyway!

I have struggled more with my mental state than I ever thought I would and in some ways my recovery to date has been harder than chemo/radiation treatment year. I have also felt sadder in this time than I ever thought I would, Sad to have lost my identity, sad to have lost who I was before this disease hit, sad to have been swallowed up by the aftermath of it. I have been scared, scared that I was going to feel this way forever, scared it is going to come back. But I have also realised how strong I am. It takes courage to stand up and say, I need help. And I did. Because of that help I am able to be more open with my family and friends and able to let them in on how I am really feeling so that they could be there for me when I needed them. My mental state has become a lot more positive and the anger and sadness is a lot less frequent than before. It still crops up but don’t worry I will be filling you all in when it does!

The road to recovery is long and winding – not a straightforward journey and I navigating my way through it the best I can!